© Willem-Jan Verlinden (1971), author of ‘The Van Gogh Sisters’ ad co-author (with Kristine Groenhart) of ‘How I Love London’ 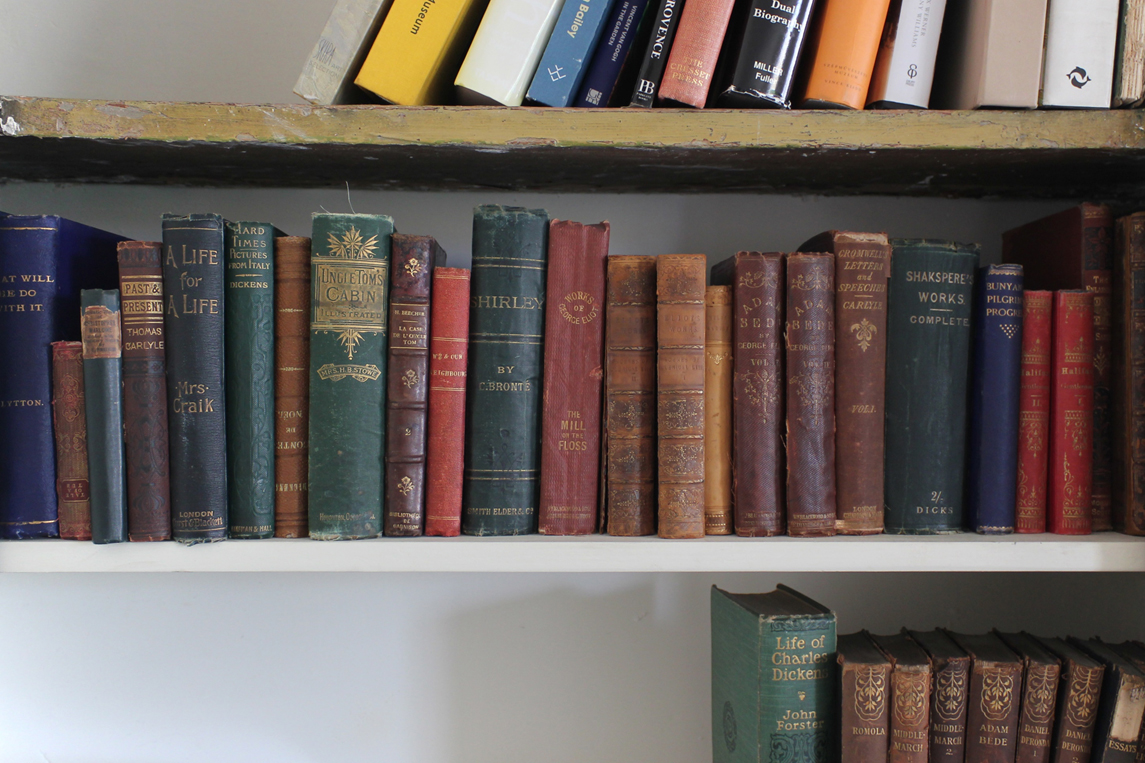 This text was donated by Willem-Jan Verlinden to the Van Gogh House in October 2021, to be published in conjuection with his lecture ‘How I Love London: Walking through the city with Anna and Vincent van Gogh’.

Find out more about the event through the link below:

Willem-Jan Verlinden (b. 1971) was born in the town of Helvoirt, went to school in ’s-Hertogenbosch, and studied art history in Leiden. Earlier this year his book ‘The Van Gogh Sisters’ was published by Thames & Hudson in the UK and the US, an extended version of the Dutch edition from 2016. Verlinden has also written about Van Gogh’s English years, co-authoring a book with Kristine Groenhart, ‘Hoe ik van Londen houd: Wandelen door het Londen van Vincent van Gogh’ (‘How I Love London: Walking through Vincent van Gogh’s London’, published in 2013.

Vincent van Gogh started to work at the London branch of art dealer Goupil & Co. at 17 Southampton Street in May 1873. In his first months in London he stayed in a guest house (at an unknown address) with some Germans until he moved to 87 Hackford Road in September 1873. The house at Hackford Road was owned by Mrs Ursula Loyer who lived there with her daughter Eugenie. Vincent wrote to his brother Theo on 13 September 1873: “Oh, how I’d like to have you here, old chap, to see my new lodgings, which you’ll have heard about. I now have a room, as I’ve long been wishing, without sloping beams and without blue wallpaper with a green border. It’s a very diverting household where I am now, in which they run a school for little boys.”

Vincent lived at Hackford Road for almost a year until his eldest sister, Anna, joined him. Already in February 1874, some time before completing her studies at the French Day and Boarding School for Young Mistresses in Leeuwarden, Anna wrote to Theo she was considering going to England. On 3 March 1874, Vincent, who had by then been at Goupil in London for almost a year, wrote to friends in The Hague. “Now I have a piece of news for you; our Anna might be coming here. You can imagine how wonderful that would be for me, but it’s almost too good to be true. Well, we’ll just have to wait and see … I’d like so much to get to know her better than I do, for in the last few years we’ve actually seen very little of each other, and we only half know each other.”

In the summer of 1874, when Vincent spent a couple of weeks’ leave at the parsonage in Helvoirt, where his father was a reverend, his parents put their heads together and indeed decided to send Anna to London with her brother. Anna had left boarding school after failing her French exam and the family felt it was time for her to move on and find employment. With her education, a position as a governess seemed the obvious choice. It was decided she would try to find a job in England and to move in with Vincent at Hackford Road.

On 14 July Anna and Vincent travelled by wagon from Helvoirt to the railway station in the village of Oisterwijk en route to the harbour of Rotterdam, and then to London. Anna and Vincent made the crossing – a turbulent one – from the steamship terminal in Rotterdam. Two years later the ferry trip came to mind when Vincent was making his way via Rotterdam and Harwich to Ramsgate in England to take up a position as an assistant teacher at a school for boys. “On the boat I kept thinking of Anna; everything there reminded me of our journey together … for now I found myself shuddering as I thought of the night in that stuffy saloon with passengers smoking and singing.”

At Hackford Road Anna was given the room next to Vincent’s, with a view of the back garden. She and Vincent spent much of their time together and enjoyed going for walks. Anna would sometimes accompany her brother to Goupil. They visited the Dulwich Picture Gallery, an art gallery in Dulwich, South London, where Vincent had signed the visitors’ book after a previous visit on 4 August 1873. He was impressed by the way his sister looked at art. In a letter to Theo of 31 July 1874 he wrote that Anna “is quite fond of paintings and has a rather good eye. She already likes Boughton, Maris and Jacquet, for example, so that’s a start.” Anna and Vincent also visited friends, among them the family of Charles Obach, the German director of Goupil in London.

In a letter of 4 August 1874 to Theo in Brussels, Reverend van Gogh relayed his eldest daughter’s impressions of her life in London. She had written to her father on 30 July 1874. “Anna writes about the Loyer ladies – they are good people who try to make things as agreeable as possible for us. Anna says, I wish you could come to see my room. Last evening Vincent hung up a whole lot of prints. Altogether it’s cheerful and pleasant. We go out walking every evening and always find nice new spots; the mist, which I used to picture as something beastly, also has a beauty of its own; in the evenings especially, when I accompany Vincent part of the way, the streets are really lovely. So you see, they’re getting on well together and we must hope that all will end well.”

Though Anna and Vincent were perfectly content in Hackford Road, a few weeks later their parents were against them staying on, probably because Vincent had fallen in love with the daughter Eugenie, who was already engaged to be married. Some time later, on 15 August 1874, Mrs van Gogh wrote to her middle son Theo about this period. “I’m glad he’s not there anymore, there were too many secrets and they weren’t a family like ordinary people, but he must have been disappointed by them and unable to achieve what he was hoping for – real life is different from what one imagines it to be.” As their parents were paying the rent, Vincent and Anna had no option but to comply with their parents’ wishes and look for other lodgings. They found two rooms in Ivy Cottage, which belonged to the innkeeper John Parker and his wife, at 395 Kennington Road, Lambeth, in London.

Anna was happy in London. She wrote about the city to Theo on 30 July 1874. “Oh, Theo! It’s so delightful here. London cannot be compared to any other Dutch city. The cottages are all so quaint and snug, with little gardens in front. Nearly all of them are covered with ivy or creepers. I’ve already been to Vincent at the gallery three times and have seen some lovely paintings there, including the Marguerite by M. Maris, the one you’ve got a photograph of. We go on marvellous walks together; now that evening is starting to fall earlier it’s almost more beautiful than in summer.” But it was time for Anna to move on. After all, the reason for her coming to London was to find employment. There was more demand for governesses in England than in the Netherlands, but the competition was stiffer. It was hard going. Vincent wrote to tell Theo that he and Anna would scour the newspapers for vacancies and that he had even placed an advertisement himself. After several attempts Anna was offered a position as assistant teacher and governess at Miss Applegarth’s school in Ivy Cottage in the village of Welwyn, Hertfordshire. Vincent stayed in London and would work at Goupil until Spring 1875.